Cerebellum is a part of the brain known to allow the human body to make coordinated movements, process thoughts and behavior. It is located inside the skull, just beneath the brain and below the pons which connects the brain with the spinal cord.

Even though it is relatively a small portion of the brain it receives information from the sensory system, the spinal cord, as well as other parts of the brain. This information makes it possible to perform various voluntary movements such as balance, posture, coordination, speech, etc. (1)

If for whatever reason the cerebellum is not functioning normally, dysmetria occurs. Dysmetria is not a condition, but rather a symptom which is often accompanied by other signs and symptoms as well, such as, tremor or ataxia. 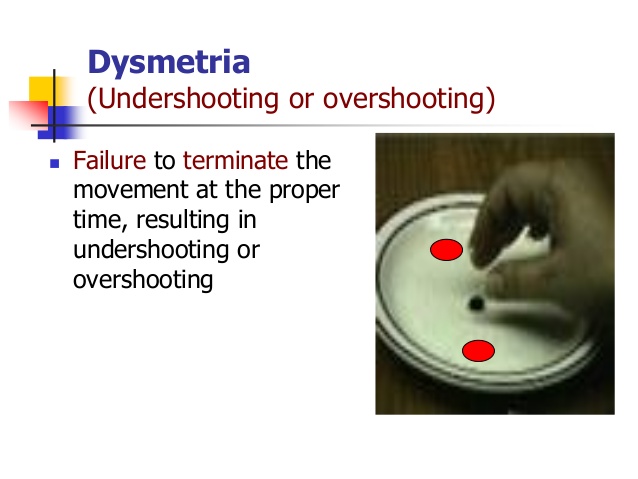 Common causes of dysmetria include:

As mentioned, dysmetria prevents patients from performing movements from one point to the other such as grabbing an object with fingers. You can either overreach the specific object or underreach it.

When diagnosing dysmetria one of the tests which will help to identify it is the finger to nose test, during which the health practitioner asks the patient to touch his nose with his finger. 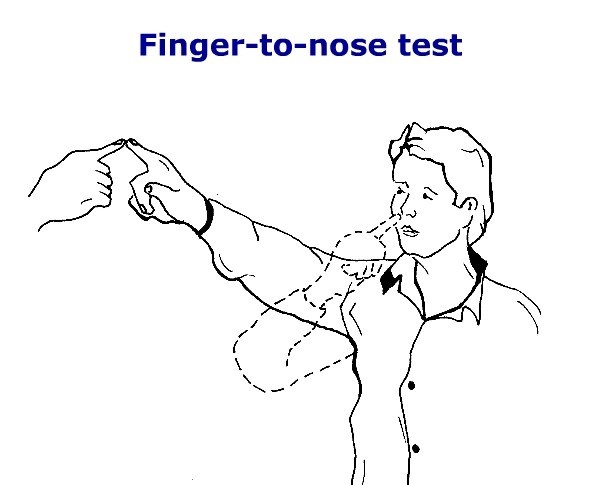 Another test used for dysmetria diagnosis is the heel to shin test, during which the health practitioner asks the patient to touch his heels with the top of the opposite shin. The heel needs to be moved down from the shin to the top of the foot repeatedly.

Imaging tests such as MRI of the head can help your healthcare practitioner identify any problems or lesions located in the cerebellar levels which have led to dysmetria and other possible signs and symptoms.

Genetic tests are often recommended when diagnosing dysmetria as certain dysmetria cause can run in the families. (4, 5)

Dysmetria is not a medical condition, but a symptom of another medical problem which needs to be diagnosed and later treated. However, there is no cure for dysmetria itself even though there are medications available which can help control it.

Medications recommended for dysmetria treatment include:

Deep brain stimulation is recommended as it aims to improve the motor skills of patients suffering from multiple sclerosis and other degenerative conditions affecting the brain,

Frankel exercises are recommended for patients diagnosed with dysmetria but ataxia as well. These exercises should be repeated slowly and their intensity should be increased gradually.

Frankel exercises are based on the idea that the human brain will learn new ways to compensate any deficits on the cerebellar level.

Eye movement rehearsal is recommended for patients dealing with saccadic dysmetria, where the patient is trained to imagine the movement first, before actually making the movement. (5)

However, dysmetria itself can’t be treated it can be only controlled through various medications, physical and occupational therapy.

If dysmetria can’t be treated by treating its underlying cause, then you will have to learn how to live with it, for the rest of your life.