Farting is a normal human occurrence, and estimates from experts indicate that an average human being releases up to 1500 milliliters of gas in oneday through their rectum.

The amount of gas and accompanying smell varies depending on one or more factors that we will discuss ahead. Bearing these in mind, it is safe to say that, at least once in a while, everyone produces fart that smells like rotten eggs. 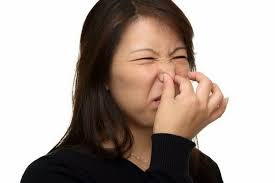 Most of the instances of smelly fart should not be a source of worry, unless they are accompanied by other symptoms that indicate the existence of an underlying condition. Below are some of the common causes of egg-smelling fart:

Most people who travel to new environments tend to experience changes in the smell of their flatulence due to the new meals that they encounter in their new environments. Spicy foods, for instance, can cause flatulence to acquire an egg-like smell due to the sulfur compounds contained within some of them. Other foods that contain lots of proteins, such as red meat, broccoli, beans, and eggs may also contribute to this smell.

Compounds of Sulfur serve as ingredients in wine and some brands of beer. Sulfur helps in preserving these products and in protecting them from microbial interferences. However, when you happen to drink these, the compound breakdowns and further fusions with hydrogen in the stomach and intestines lead to formation of hydrogen-sulfide and methane gas, which release pungent smells when the body disposes of them.

Majority of antibiotics are made with sulfur compounds. A person taking these medications may experience changes in the smell of their fart as the concentration of sulfur increases in their fecal matter. This is okay as long as the body properly breaks down and makes use of the drugs administered.Recovering patients who experience an increase in egg-like smell in their wastes should confirm with their doctor if this is an expected side effect.

Breathing smelly air through the mouth can result in the person releasing the same when they fart. For instance, it is common for some individuals to close their nose – and breathe through the mouth instead – when they are near somebody who has just farted. Factory workers in a sulfur processing industries are also predisposed to breathing in traces of sulfur, and this may cause them to produce flatulence that smells like eggs.

The above situations usually have direct causes and are therefore easier to control, that is, by minimizing consumption of the responsible substances if necessary. However, underlying medical conditions may also result in one’s fart smelling like rotten eggs. Some of the common causes that may require the individual to be more careful with what they consume, or to go to the doctor, include the following:

Depending on their modes of feeding, animal intestines usually harbor a community of bacteria that help to break down food and absorb it. However, there are times when unwanted organisms may invade and overpopulate these openings, thereby causing infections on the intestinal walls. Pus and skin tissues from these infections may make your fart to smell like rotten eggs.

Irritable bowel syndrome, commonly referred to with its short-form, IBS, is a fairly common condition that comes about when the large intestine is sensitive to certain chemicals. When a person consumes foods containing these allergens, they cause disturbances in the colon and result in overproduction of gas. IBS is usually accompanied by many symptoms, including abdominal pain, bloating, diarrhea, and changes in the smell of fart.

Wheat products containing gluten may not be suitable for people who are gluten intolerant. Apart from experiencing discomforts in the lower abdomen regions after consuming gluten products, such individuals may also produce fart that smells like rotten eggs.

Is There Treatment for Egg-smelling Fart?

As indicated earlier, most of the times, smelly fart doesn’t mean anything serious as the body has to get rid of hydrogen sulfide and other smelly compounds from time to time. However, some people tend to produce gas too often, and this may affect their social lives, as they have to stay away from other people in order to avoid embarrassments.

For some people, simply avoiding the meals that bring about this kind of fart is enough to stop it. Alcohol and protein rich foods are the most common causatives; hence try cutting down on these and see if there is a change.

People who have allergies or are gluten intolerant should avoid consuming products that contain the triggers of these conditions. There are also medications that might help to minimizereactions and provide relief.

If you think that cutting down on your favorite meal is too drastic a step, you may like the idea of flatulence deodorizers. Deodorizers help in absorbing the smell in your fart. These may come either as pills that one can swallow, or in the form of pads that one places inside their underwear.

Deodorizers can be especially useful for patients with flatulence incontinence, and can allow them to socialize with friends and family members without inconveniencing anyone. Whenever you happen to eat trigger foods, you might also find these handy if you are going to a meeting.

A few people tend to develop fear of gassing to the extent that they constantly feel like they have just farted. This is usually accompanied by a false sense of bad smell. The condition, known as Olfactory Reference Syndrome (ORS), can greatly impact negatively on one’s self-esteem.

If you feel like you constantly release farts that smell like rotten eggs, even after you have taken other corrective measures, it is important that you cross-out ORS as a cause.

Most of the causes of egg-like smell in fart can be easily managed. In case of conditions like IBS and ORS, diet management and other interventions can help a great deal in reducing the quantity of flatulence and eliminating smell.