What are Infantile Spasms?

Infantile spasms, also called West syndrome, is a severe though rare seizure disorder or epilepsy syndrome that occurs in children under the age of one year. In some cases, it may appear late in children who are two years old. The condition usually shows some degree of brain damage and developmental delay. 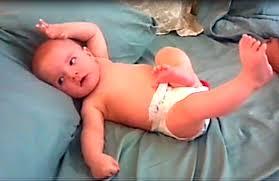 It is usually hard for parents or the guardians to notice symptoms of this condition as it is different from the normal epilepsy, where the patient drops to the ground and fits. In children, they usually have little head drops. Pediatricians may also confuse the disorder to normal startle reflex as they may be similar.

Children having infantile spasms usually have a high risk of developing other conditions such as autism and development disabilities.

What Happens in an Infantile Spasms Attack?

Infantile spasms start in the first year of babies’ life. Spasms are usually a type of seizure and when a baby has a spasm, he or she will show the following:

Babies that have infantile spasms tend to look as though they are having severe stomach pain or something like colic, however, these are not usually in pain. A majority of spasms will strike at the time when the baby wakes up though they can still occur in other times of the day or night.

The spasms may occur in a row or the baby may only have one spasm at any one given time. When the spasms are many and occurring in a row, they are referred to as cluster. The episode of each spasm can last for about 10 seconds or less, while clusters or severe spasms could take even a minute.

Following the spasms, the baby may laugh or cry and although there is no pain, the baby cries because he or she is surprised by the jerking movements.

Many children with the disorder appear normal after birth however, after a few months, usually 4 months, the symptoms begin to show. These can be slight, where the child only shows brief signs of nodding of the head.

This is where the sick child sometimes has the head going backwards and the legs straighten.

In this, the child has a bobbling of the head, which increases and becomes more frequent and powerful over time. This causes heaving of the head towards the knees then afterwards relax upright. It can repeat 10 to 20 or even more times in one attack, and this can happen for more than 2 times a day.

Before the nodding, the child gets alive and in motion while making some strange noise then down goes the head. The child can scream and appears frightened. These spasms mostly occur after the child has woken up in the morning or after he or she has taken a nap and can occur while the child is upright or when laying.

Identifying the cause is crucial as it will assist to come up with appropriate treatment regime.

These are as a result of many other conditions that can either be prenatal, perinatal or postnatal. Some of the prenatal disorders that are associated with infantile spasms are:

It is important to check for this as it accounts for approximately 10-30% of the prenatal causes of infantile spasms. This is an autosomally dominant inherited disease with different manifestations such as cardiac tumors, kidney tumors and cutaneous malformations such as ash-leaf hypopigmented lesions and pigment.

About 70-75% of the children having infantile spasms have symptomatic epilepsy.

These appear if normal psychomotor development occurs prior to the onset of the symptoms.

In these infantile spasms, the causes cannot be clearly identified as they hidden and there is no way to find them, though it does not mean that there are no causes. Children having cerebral palsy as a result of brain problem that might have occurred during development or time of birth such as stroke can have these spasms.

This is usually done by a neurologist. Early diagnosis of this disease is important as the child can be given medications early enough so as to control the spasms.

The longer time it takes to identify the disorder, the poorer the child develops. Diagnosing and treating the disease correctly is important as it can help children with the condition live normal lives.

The pediatrician may want to know the history which can include pregnancy, labor, delivery and all the events of the child like the development milestones. This can also help the doctor know of any history of brain injury form lack of oxygen or infections like meningitis or encephalitis.

Metabolic or a genetic evaluation

This can be done by having blood and urine tests, as disorders such as pyridoxine (vitamin B6) can cause the spasms and any history of the disease in the family can be a likely indication of high chances of infantile spasms.

This is done through observing the pattern of the EEG of hypsarhythmia, modified hypsarhythmia or an electro decremental which presents an abnormal pattern.

Some diseases causing infantile spasms can only be detected by testing the spinal fluid.

When diagnosing the disorder care is taken as some benign seizures may manifest in a similar way to infantile spasms- for example, benign familial infantile convulsions or benign infantile myoclonus.

The only two drugs approved by FDA for the treatment of infantile spasms are: vigabatrin and adrenocorticotropic hormone (ACTH). If these treatments are not successful, other newer drugs, high dose intravenous immunoglobulin or the ketogenic diet may be effective.

Children having pyridoxine dependent epilepsy can be administered with pyridoxine to control the seizures.

For the patient with localized brain damage, cortical resection can be used if medications fail. This is helpful to control seizures.

These are only considered when the other standard medications are not successful. These include:

These medicines too have their own side effects. Medications used to treat older children and adults such as phenobarbital, carbamazepine or phenytoin may not be successful.

Some of the side effects are; Cushingoid obesity, arterial hypertension, electrolyte imbalance, gastric ulcer, growth retardation, cardiomyopathy and immunosuppression.

Side effects include; hypotonia, somnolence, insomnia and visual field constriction.

The side effects are; loss of appetite, irritability and vomiting.