Piebaldism as it is defined by medical experts, an autosomal dominant absence of melanocyte development categorized by congenital white forelock and multiple symmetrical hypo pigmented or depigmented. The word “Piebaldism” derived from the word “pie” meaning in the magpie that refers to a black bird and white plumage while the “bald” is attributed to the bald eagle, the United States’ national bird which has white feathered head. 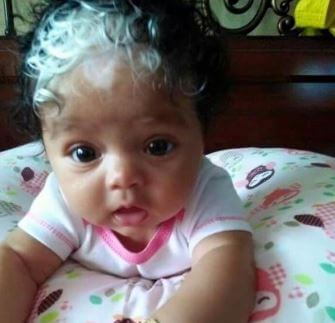 Piebaldism can be expounded by the following Pathophysiological process such as;

Mutation of the c-KIT proto-oncogene

This specific gene is the reason why Piebaldism occurs; when this specific gene is hampered or mutated it resulted to the absence of melanocytes that responsible for producing melanin (pigment primarily responsible for skin and hair pigment). According to the study conducted by Richard et al, Fourteen points mutation, nine deletions, two nucleotide splice mutations and three insertions of this KIT gene are believed to be the cause of mutations.

The c-KIT that is specifically located on chromosome 4q12 is encrypts the cell-surface receptor trasmembrane tyrokinase which responsible for the embryonic growth, when the c-KIT is mutated during the differentiation and migration of the melanoblast from the neural crest during the embryonic life, it causes Piebaldism with a range of phenotype.

According to the study of Ezoe et al, they studied the novel mutation and deletion of the KIT gene in 26 unrelated patients with Piebaldism hypopigmentation, 17 were typical patient, 5 had atypical clinical features or family histories and 4 had other disorders.

Based from the pathologic mutation result, the research team found out that pathologic KIT gene were found in 10 (59%) of the typical patients and in 2 (40%) of the atypical patients. And among the patients without c-KIT mutations had no abnormalities of the steel factor gene or the embryonic growth.

Piebaldism is characterize by the following features; 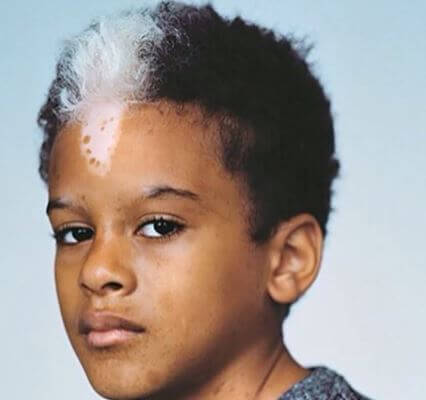 This autosomal dominant disorder known also as the Piebaldism often associated to be partial albinism or vitiligo. However, the three syndromes are completely different from each other. In albinism the cells lack the ability to produce pigment altogether while vitiligo the melanocytes are destroyed.

In Piebaldism it involves distinct patches of skin and hair that contain no pigment. Furthermore, the condition also associated that patients who has this disorder are being diagnose with deafness. There were also several cases who have been reported a varying degrees of deafness in association of people with a white forelock and patches of leukoderma.

In order to diagnose the Piebaldism accurately some health experts perform skin biopsies, this procedure demonstrates the patient is completely lack of melanin pigment and melanocytes. The melanocyte cells are the cells responsible for producing the pigment for skin and hair, without it an area of skin will be depigmented.

The condition of Piebaldism is a benign disorder, meaning it is not a serious threat to individual who has it. Nonetheless, the patients are still advise to take seek medical practitioner and ask for some possible treatment or procedure in order to prevent complications such as cutaneous malignancy.

Patients who are conscious about their appearance may avail the following treatments;