What is Silent Reflux?

Silent reflux also known as Laryngopharyngeal reflux (LPR) is a condition in which the throat is discomforted by acid from the stomach.It is caused by a return or backward flow. In some instances the content of the stomach goes as far as the nasal passage. The acid flows into the throat/esophagus from the stomach causing the discomfort. It causes a state of coughing constantly and clearing of the throat. It can develop in both adults and children but luckily it is treatable.

If one suffers from this condition, they will not suffer in the same way a person with heartburn would and hence the reason it is referred to as silent. In gastroesophageal reflux disease(GERD) the heart burn is prominent and much easier to diagnose than LPR.1 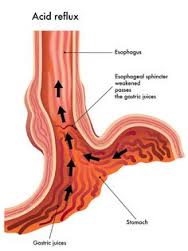 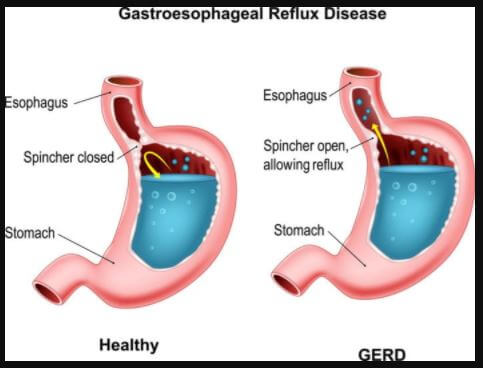 When one eats food and digestion begins it travels from the mouth to the stomach through the esophagus. The digestion, absorption and finally extraction of waste then happens. Stomach acid may escape into the esophagus but your body is able to prevent this from happening.1,5

Each end of the esophagus has a muscle ring otherwise referred to as a sphincter. Theses muscles keep the stomach content in the stomach. But in situations where one has LPR the muscle rings do not work right hence causing the movement of these content to the throat and nasal areas. This flow of acid causes harm to areas where there is no protection from the acidity.

In infants however their entire body is underdeveloped and they are still slowly developing. This is why spitting up in infants is very common after feeding and they are full. Infants also lie down a lot and this can be another reason why the condition is a lot more likely to occur to them than to adults.

Certain people are more prone to this condition than others and these include people with conditions such as: a hiatal hernia, problem with lower food pipe valve, problem with food pipe contractions and a low-emptying stomach. Also if one uses their voice often such radio presenters, they are more at risk at experiencing this condition. 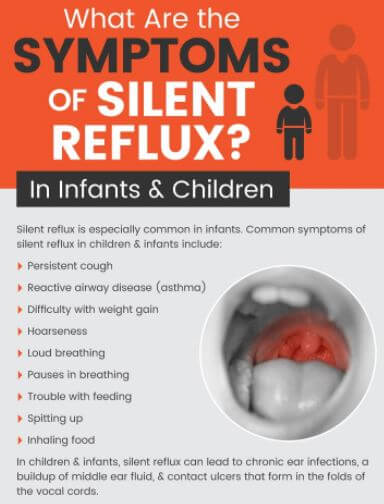 Babies exhibit symptoms such as3:

Other symptoms in children may include3:

In adults however the symptoms may vary. The symptoms are as listed below1:

It is difficult to diagnose and may require a physical test and research into the medical history of the patient with one or two tests. The tests may include: pH monitoring where a small catheter is inserted through the nose and into the esophagus and throat. The sensors detect the acid in the throat and record findings over a period of 24 hours are taken by the computer worn around the waist. Also another test is, Endoscopic exam where a flexible or rigid instrument is used to view the throat and the vocal chords.5,1

It can be treated in by:

The medication associated with the treatment of this condition include